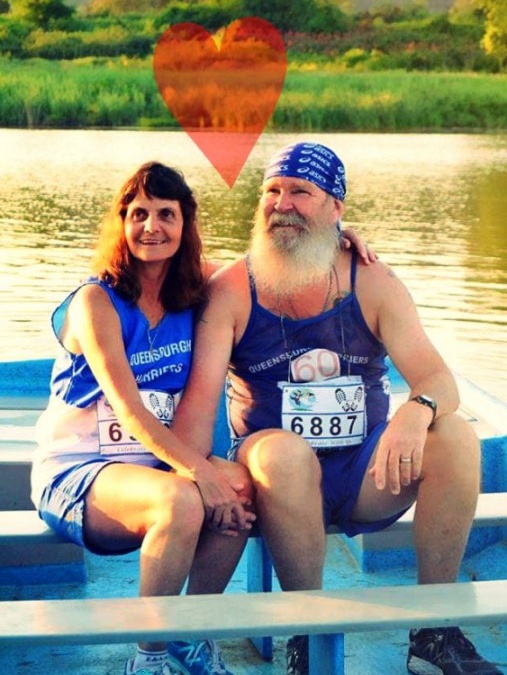 Run for Love is 2016 Chinese love film, but this Burra couple literally run for love every week as a true story!

The saying goes: “Couples that sweat together, stay together!” It must ring true as Hoppy and Yvonne Hopkinson met while running and have run together ever since.

If we start back before they met, we can start with Hoppy who was living in Mandini, North of Durban. The year was 1995, weighing in at over 100 kg, very overweight, smoking 30 cigarettes a day and drinking at least a case of beer every week.

Hoppy decided life must change and that this belly had to go! The only way he knew how to do something healthy was to start jogging and cut out smoking and drinking. It was definitely a good choice after losing 20 kg in his first year.

Hoppy began running farther and joined Zululand AC, signed up and started the 1998 Comrades Marathon, but made it to 63km. This was still excellent considering. In the same year his PB marathon was run in a time of 3:43! Not giving up, he tried Comrades again in 2000 and finished in 10:30. 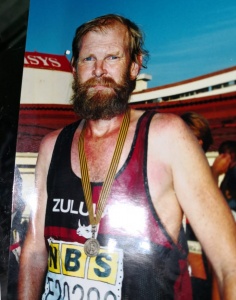 The bug had bitten and started doing multiple triathlons and competed in KZN and even national champs. Then Hoppy moved to Durban and joined the Queensburgh Harriers in 2008…

This is where the story gets its meet (I know its meat, but it’s a pun…) as this is when Yvonne slotted into the scene and the two of them met, and it was love! They started out by “travelling to races together” and then ran 2010 Comrades together. Running together became their thing!

Yvonne (or Poppy as she is affectionately known around the Burra) had been running since 1989, with 4 Comrades Marathon starts and 2 finishes…yes one with Hoppy! Yvonne has always been more a fan of distance over speed, so finding a partner to share the many miles with has been extra special. 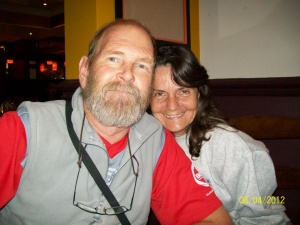 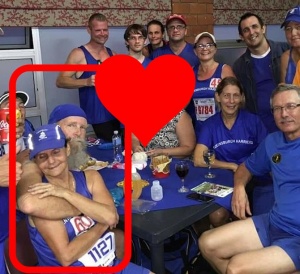 In about 2010 it was the year of divorce at the club as about five couples got divorced but in 2011 it was better known for being the year of marriage as four couples including Hoppy and Poppy got married. (I dare not ask if they were all the same couples)

They have been chasing park runs doing 244 Park runs, 50 different Park run venues, 2 of them overseas, 1 in Swaziland and some Eastern Cape…and the chase continues. 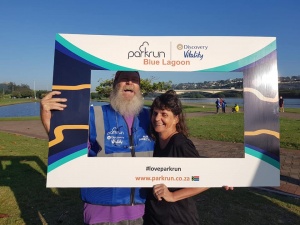 Hoppy’s highlight marathon was the Rotterdam Marathon – very cold but one of his favourites. For Yvonne it was the London Marathon which she ran twice! Hoppy has done about 53 marathons and may ultras, and a few 100+km races.

For them running is more about doing it together. They get to see all the new places and venues and races they hadn’t before and make new memories together, all at the same time. In life you must make the most of what you have, and this couple has a combined love for each other and the sport of running. Yvonne reminds me that she enjoys the small things that make life special and going on these adventures with her husband is so fulfilling. Having him walk hand in hand to the finish or enjoying a paddle pop ice-lolly during a hot long race all make what she loves about the experiences.They have also both been an integral part of the QBH family organising marshals, events, and being the glue that held the club together for years! They are now also very involved in Park run have just successfully launched the new Blue Lagoon Park run this last weekend. 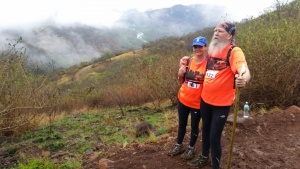 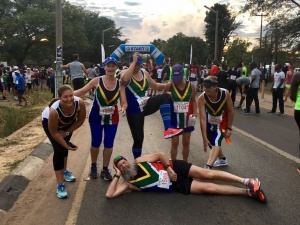 Both of them enjoyed VIC Falls Marathon in 2017

Hoppy and Yvonne, you two are an inspiration to many of true love and commitment to both each other and the sport. QBH is proud to call you family! 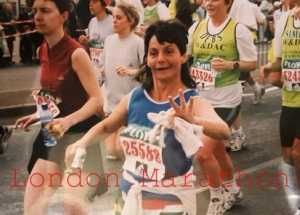