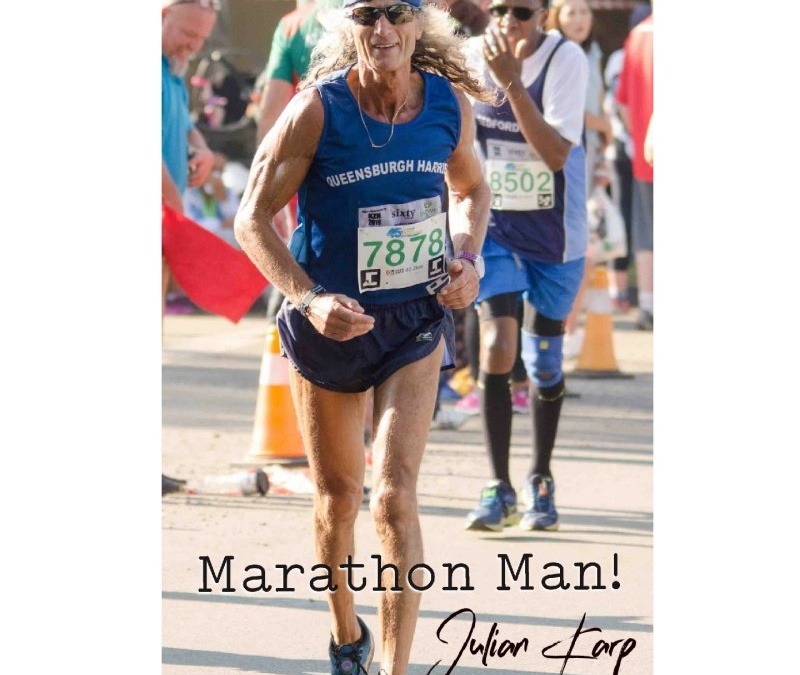 I saw a cool quote this last week that said: “Don’t watch the clock, do what it does…”

Our featured member this week does just that every single weekend where possible. He had a goal to run 1000 marathons and ultras before 65 years and it looks like he will achieve this possibly earlier! Since his first marathon, the Peninsular Cape in February of 1989 in a very respectable time of 3:25, he has run the following:

765 Marathons and ultras, 30% are ultras and all are races!! His name is Julian Karp and he is a true #burrarunner and very #proudtobeblue!

I asked him how his year is going. Julian says he wants to finish 30 marathons and ultras before Comrades…that’s 30 races in 23 weeks!! He had already done 15 and three more this coming week, in other words, it was going well!

He first got into running and was running a silver medal pace for Comrades for a couple years and realized it wasn’t sustainable. He decided to set the goal and he just runs and runs. Sometimes he must board flights while still wearing his running gear!!

There have been years where work and more recently building a new home on the north coast made running the necessary races difficult. Julian says he is back on track now.

His biggest year recently was a total of 50 marathons and 12 ultras plus a 100-miler route tester (over Table Mountain and the last 80km of the Argus cycle route) Think about that: There are 52 weekends maximum per year! Last year I was broken after a 50km Om Die Dam race just outside Gauteng, I saw a cheerful Julian who had just finished, and he said, see you at Deloitte (Durban) tomorrow, come join me? This is common as he often has two marathons in two different provinces in one weekend.

In fact, a couple times Julian has done the 24-hour triple. The only place in SA you can do three official marathons in 24 hours:

Julian often battles to eat after a race so many times he runs a race hungry and on very little sleep. Always super happy and humble though, as he just loves running towards his massive goal doing just what a clock does.

Imagine the mileage on his shoes. He says he gets about 2000km on each pair depending on how they last.  We can’t imagine the cost involved too with the entry fees, travelling and sometimes accommodation. I guess if your goals don’t scare you and cost you, they not big enough.

If we go back in time to see where this all started, Julian was an avid soccer player and loved tennis as well. Playing sport everyday outdoors, until a rugby injury forced knee surgery. This halted all sport until he was invited to do body building at the gym. This led to a 2km pain free run, then a 10km…and then he was hooked! Then came the first marathon in 1989 as mentioned already and the rest is history and what we have today! 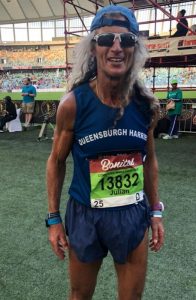 Julian says very important to him is the Triple P of running:

Julian also gave me a list of his top races and events from his experience. I would say after likely getting to 800 this year, he has a good idea which events are good, but these are his own favourites:

This man is inspiring in a way that shows any goal is possible if you keep working at it one step at a time, literally, and you can make a way if you really try…and 3000km plus in only races in a year shows that we can worry about mileage too much sometimes! Just keep doing what a clock does! 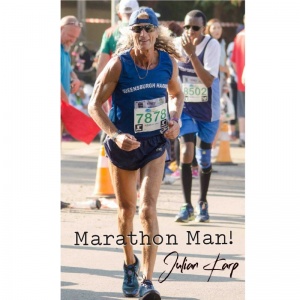 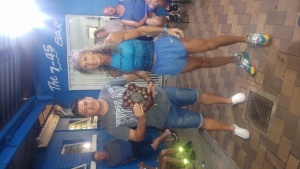