The final piece of the puzzle (Tuesday who’s day) 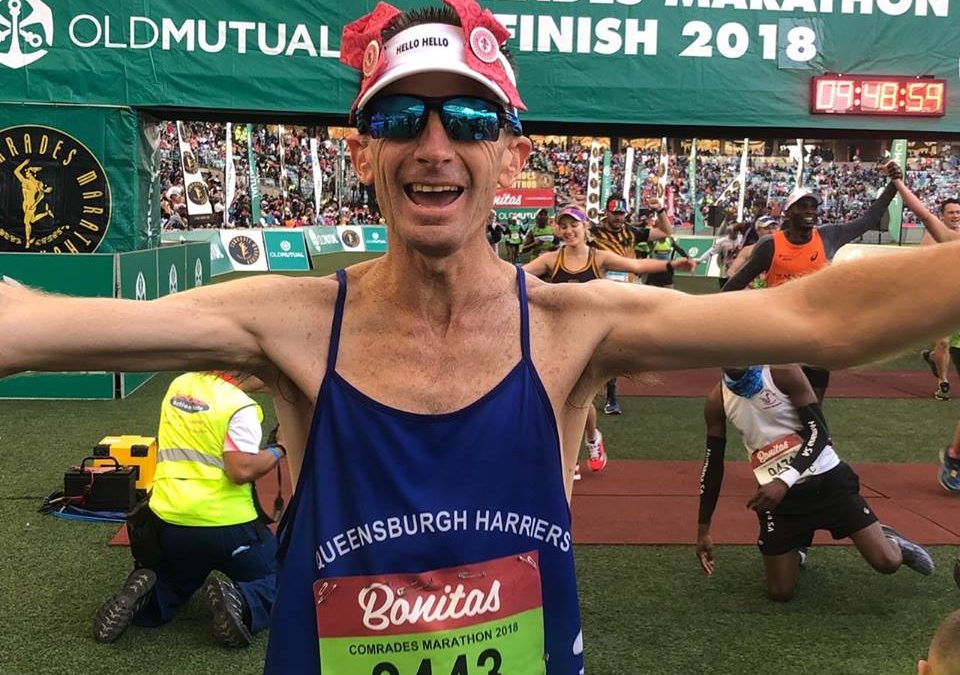 It is nearly 5 am on any given Saturday morning. The air is fresh, and the sun, well depending on the time of year, it could still be dark. The chatter gets louder as more and more runners and walkers get ready for what the morning holds. It could be anything from 20 km to a 56 km Comrades route tester. People are talking about anything from how their training is going, catching up with buddies not seen for ages, or making new friends, which is common.

Just then, almost as if a court room judge has walked in, the chatter muffles to an anticipated silence, but in a good way. “Hello, hello!” exclaims the organizer of this run. He goes on to welcome all, give a few announcements, which always have a playful dig at someone or contains something of humour, then explains the route in his unique way! This is the famous whistle and click-of-the-tongue method (which has made it on Modern athlete twice: http://bit.ly/2J6YQCQ and http://bit.ly/2T1eVto )

This man is Dean Wight! These runs, the brain child of Dean, are the Beloved Long Runs (www.belovedlongruns.co.za ) and the group has grown to average weekly numbers of 200 runners and now also walkers. Although already well known to us, many still ask #whoisdeanwight so I wanted to give insight into the man whom so many appreciate, still, as Beloved! 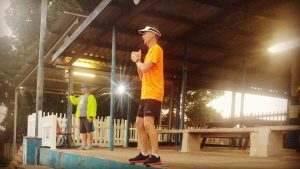 With years and years of running experience, which was started at around 11 years old (a long, long time ago), his passion has continued into the present. Just to give you an idea:

Moving to Queensburgh in the early 2000’s with his wife Des, who has taken a similar role with the walkers he joined the Burra (Queensburgh Harriers www.qbh.co.za ), became chairman, the longest standing one, and got the nickname: Our Beloved Chairman. This is where his passion for running started to get transferred to others as he had a heart to see other’s reach their marathon goals. How? Setting up weekend longer training runs. There is something more motivating and definitely safer running in larger groups, and the km’s tick by a lot more enjoyably. From hiding refreshments in the bushes on the way, to having fully manned tables on route now with the multi club group now known as Beloved Long Runs.

Not only has Dean helped hundreds to their dream of marathon glory, he has also assisted in the Comrades dream as people progress from there, and he has organized the Comrades in 3 days over Easter and now very involved in the 56km Comrades route tester.

With fame and support building, Dean, always looking to help and always making new connections and friends along the way, he wanted to give back into the community How? Not only supporting the local clubs by involving them in the weekly runs, but now with record smashing Comrades Marathon Charity fundraising for Hillcrest Aids Centre Trust (https://www.hillaids.org.za/) Last year raising R 327 000!! This year hoping to top it with an even bigger R 350 000! 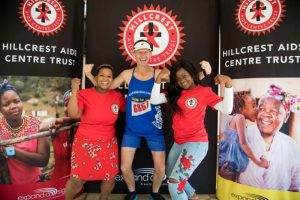 I asked Dean if I am right in saying he is a passionate runner who has a big heart to help others and the community with his running. “Exactly” he confirms! Then I asked him to tell me something not everybody knows about him.

“I build puzzles as a hobby”. Who would have thought they knew the man completely after spending weekend after weekend running his runs and chatting to him on the way or at an event? The man who knows everybody’s name and something about them. Now we feel we know him a bit more and the final piece of the puzzle fits perfectly.

Remember Dean is an honourary member of #Burrarunner crowd who are #proudtobeblue! With The Comrades Marathon less than 3 months away, we will be seeing and hearing more of Dean and likely relying on some of his many runs! See you on the road! 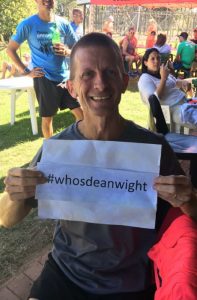 Dean, salute, keep up what you are doing and hopefully what you started will continue for generations to come.